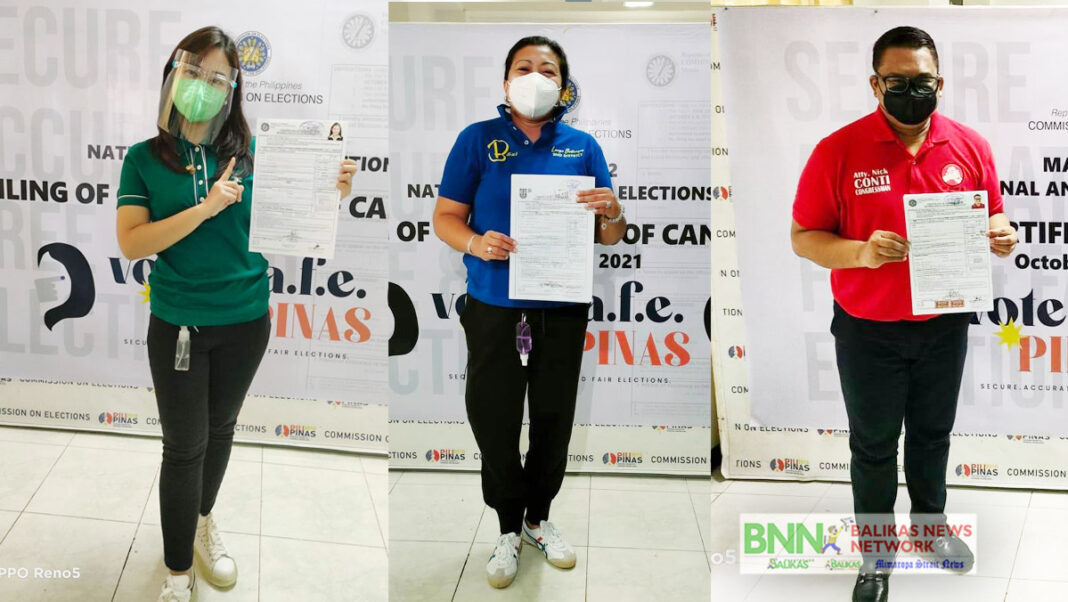 BAUAN, Batangas – IT would be a 3-way fight for the congressional post in the Second District of Batangas as former Deputy Speaker Raneo E. Abu graduates from his three term limit service as representative on June 29, 2022.

First to file her COC on the first day of the filing week was physician Ma. Reina Abu of Nacionalista Party (NP), daughter of outgoing Congressman Raneo.

On the last day of filing, another lawyer, Nicasio Conti filed his COC under PDP-Laban. Conti was accompanied by his wife, former mayor Roanna Conti who also filed her COC to seek a comeback for mayoralty in the town of San Pascual.|-BNN