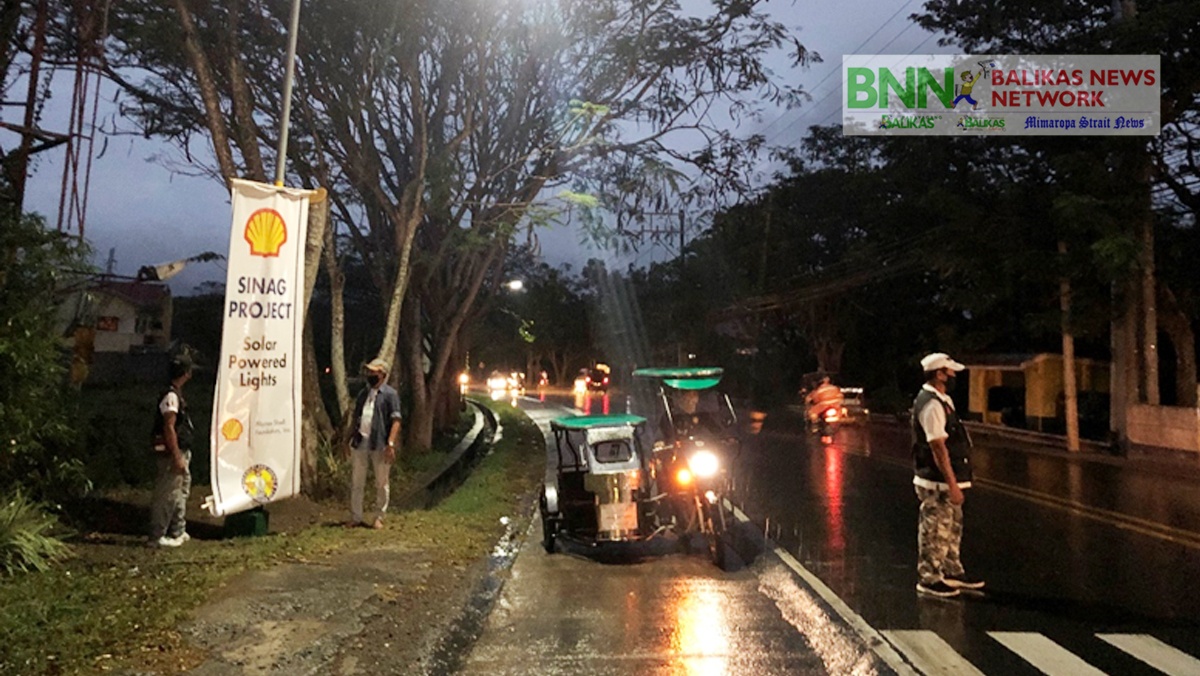 BATANGAS City — WHAT used to be a dark stretch of the Batangas-Tabangao-Lobo road is now lit up at night, thanks to the installation of solar-powered streetlights by Pilipinas Shell Petroleum Corp. (PSPC) under the Save, Invest and Nurture Access to Green Energy and Technology (SINAG) project of the Pilipinas Shell Foundation, Inc. (PSFI).

Andres Malibiran, who heads Barangay San Isidro where the street lights are installed, thanked Shell and PSFI, saying “tiyak na magiging ligtas at maliwanag na aming kapaligiran (we are assured of light and safety in our surroundings).”

Malibiran spoke during the Ceremonial Switch-On of Solar-powered Streetlights, which was held by Shell and PSFI last January 29.

“Shell is not only serious about road safety, but also about powering progress using cleaner energy solutions. In Tabangao, for example, we’ve set up a solar farm at the terminal, which produces enough electricity to power operational and residential needs inside the compound,” he added.

Laylo says police stationed at the San Isidro outpost located by the road now lit up by the solar-powered streetlights will find it easier to maintain peace and order in the barangay at night.

The stretch of road where Shell’s 16 solar-powered lights are installed, sees heavy traffic from trucks and lorries serving big industries along the Tabangao and Lobo coastline as well as private and public transport ferrying workers to these sites and residents located within the vicinity.

Community volunteers underwent training last December on the monitoring and maintenance of the streetlights.

The lighting up of San Isidro’s main road is a long-time wish that is finally fulfilled, said Malibiran.  “Ang kaunlaran ng pamayanan ay nakasalalay sa pagtutulungan ng barangay, pamahalaan at ng pribadong sector (A community’s progress rests on an effective partnership between government, starting with the barangay, and the private sector),” he added.|-BNN