Batangas City has the highest recovery rate among cities 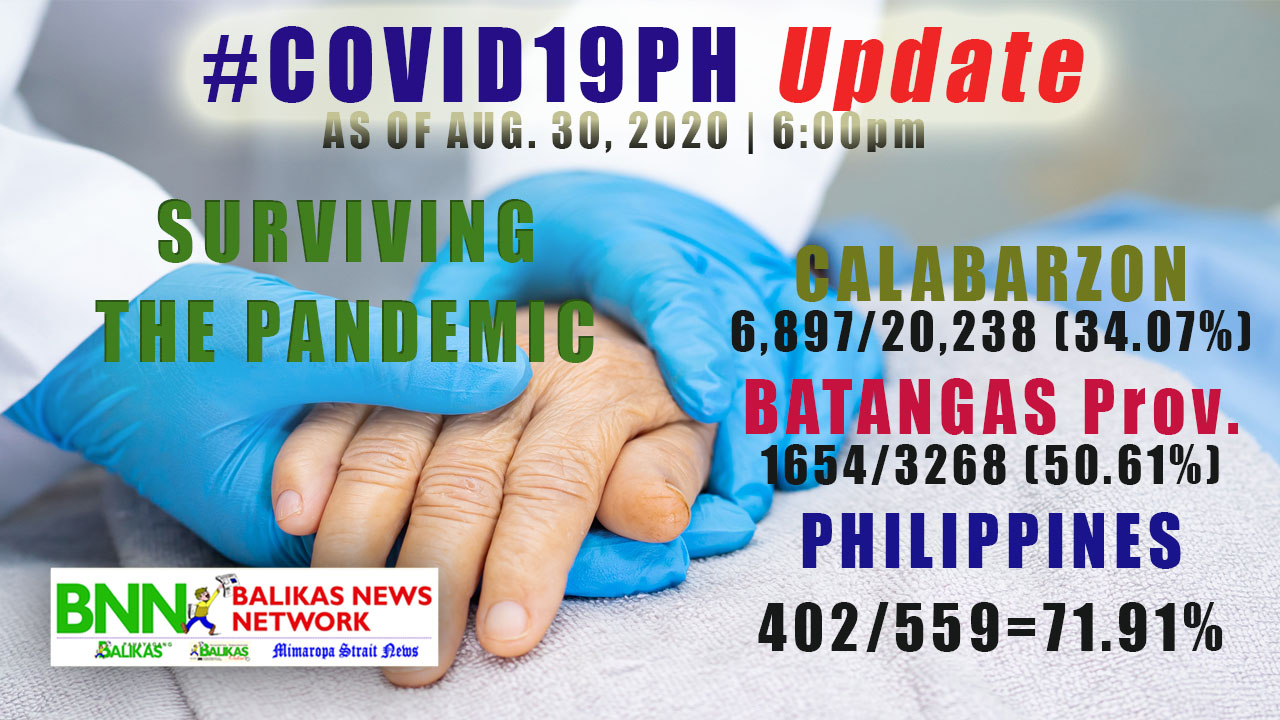 SOUND incident management and readiness help local government units (LGUs) to counter the pandemic even with less assistance from the national government.

The recovery rates of patients in heavily infected communities clearly speaker prove the readiness among LGUs and their respective epidemiology and surveillance units and close coordination of their CoVid-19 task force that resulted to the immediate recovery of their patients.

Against the wall of the surge of cases when economy gradually opens, Batangas City has recorded a very high recovery rate at 71.91% as of August 30, Sunday, the highest recovery rate among Batangas province’s four (4) component cities. A total of 402 patients out of the 559 confirmed cases have recovered. This capital city still have 135 active cases and 22 deaths.

Meanwhile, for the component cities with 100 confirmed cases or more, the town of Calaca, first class municipality with 158 cases, has the highest recovery rate at 74.05%.

The foregoing data are based on an independent monitoring by the BALIKAS News, a day-to-day monitoring of confirmed cases reported by all component cities and municipalities of Batangas province as of 6:00 o’clock in the evening.

Said independent monitoring also revealed that the province of Batangas has 51.02% recoveries, a slightly higher than the 42.89% recovery based on the 3,127 cases reported by the Provincial Office of the Department of Health (PDOHO) as of 3:00 o’clock in the afternoon of the same day. The country has 72.4% recovery rate as of August 30, the DOH report said.| – BNN