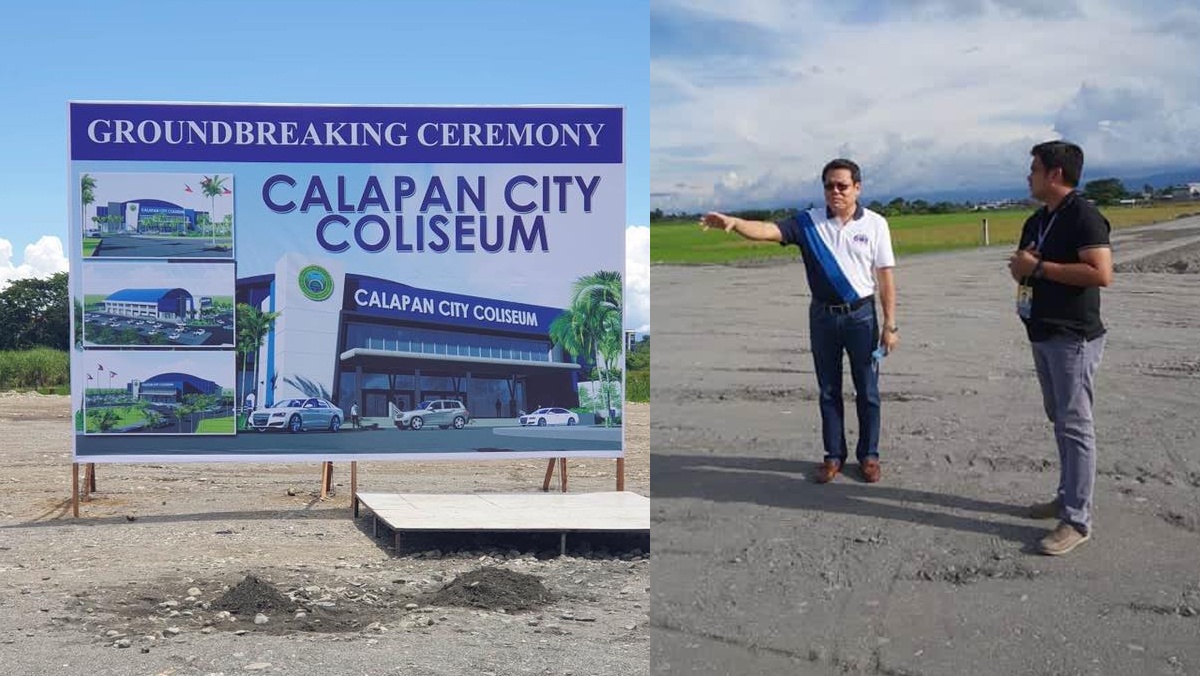 CALAPAN City – NO pandemic can stop leaders with political will from realizing a vision for his constituents. Thus, the construction of the Calapan City Coliseum will take its course with the groundbreaking ceremony held, July 27, as the whole of Mimaropa Region relaxes to modified general community quarantine (MGCQ).

The coliseum is a multi-purpose facility that will rise on a 4-hectare property owned by the City Government of Calapan in Barangay Masipit.

The first of its kind to rise in the whole of Oriental Mindoro province, the coliseum will serve as venue for big sports events, concerts, assemblies and other large gatherings during normal times. In the event of disasters and pandemics, the coliseum can be converted into an evacuation center, a quarantine facility or as a triage center and emergency field hospital for this booming city, the only city in the whole of Mindoro Island.

City Mayor Arnan C. Panaligan inspected the site accompanied by Engr. Jojo Reyes, Program Manager for Flagship Infrastructure Projects. The site of the coliseum was purchased by the city through the funding allocated by former Cong. Renato V. Leviste in 1997. The access road to the site was donated by the Concepcion Family represented by Mr. Gerry Concepcion.

In their messages to the official page of Mayor Panaligan, the residents expressed their optimism that the Calapeños will go a long way with the infrastructure projects that the city leadership is now implementing that also serve as great investments for the future generation.| RG/MNN