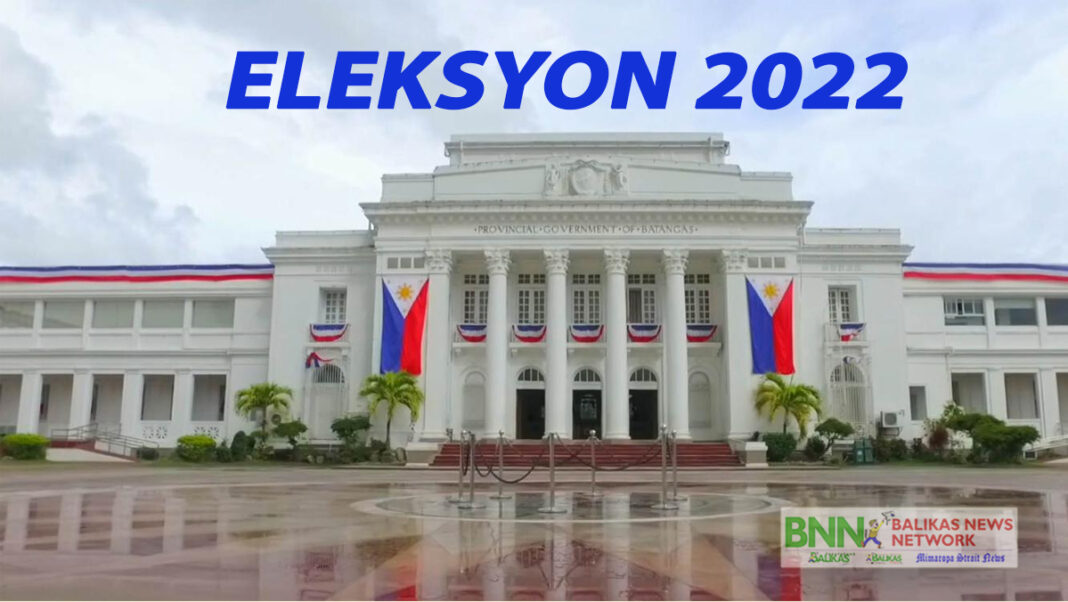 SIX (6) couples emerge victorious in their respective cities and towns, according to the results of the May 9, 2022 National and Local Elections.

In the capital city of Batangas, Congressman Marvey Marino and City Mayor Beberly Rose A. Dimacuha were reelected for their 3rd terms. While in the City of Tanauan, 3rd District Congresswoman Ma. Teresa Collantes was reelected for her 3rd term , and her predecessor-husband emerged as the new mayor-elect.

In Agoncillo town, incumbent Mayor Daniel Reyes slid down to vice mayor position with 14,021 votes and won over Ynar Simara with 9,987 votes. The mayor’s wife, lawyer Cindy emerged as mayor-elect with 12,968 votes over Danny Anuran with 11,265 votes.

The Agoncillo setting was doubled in Lobo town. Incumbent mayor Gaudioso Manalo was elected vice mayor with 11,399 votes defeating former vice mayor Renato Perez with 6,214 votes, and Nilo Camo with 5,177 votes. The mayor’s wife Lota won for mayoralty with 12,332 votes over Den-Den Araja with 6,145 votes and Efren Diona with 5,191 votes.

Meanwhile, in the island municipality of Tingloy, incumbent Mayor Lauro Alvarez was reelected with 5,549 votes defeating Vicky Nubla with 4,064 votes. His daughter Dra Mikee is the new vice mayor-elect with 5,413 votes defeating Roland Masangkay with 4,150 votes.|-BNN/jda