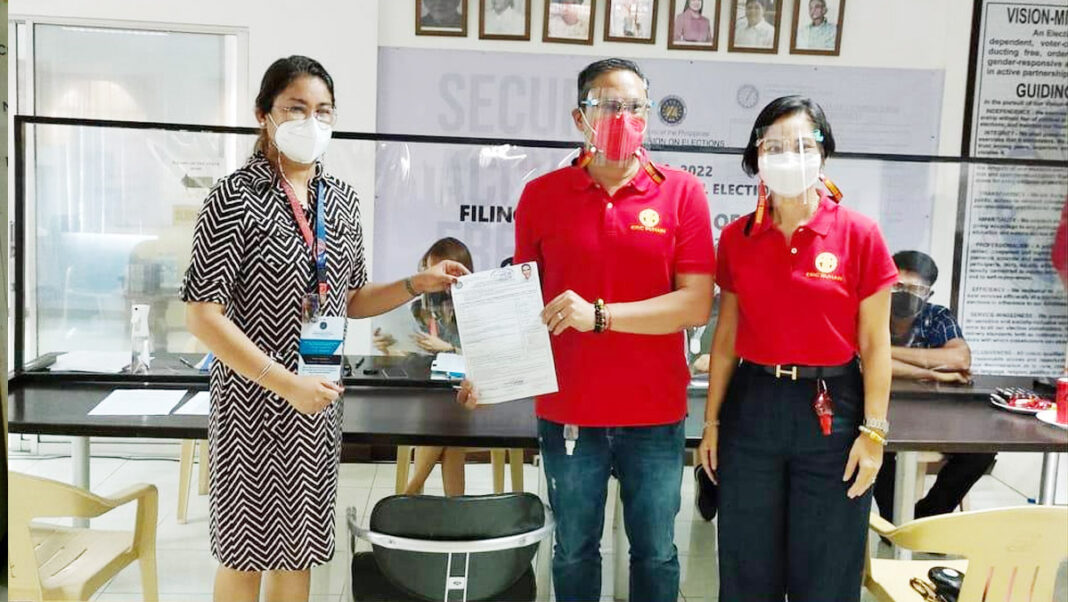 Buhain, a multi-awarded swimmer and Olympian who also previously served as the chairman of the Games and Amusement Board, is also accompanied by his sister-lawyer Camille, and files his COC under Nacionalista Party.

In accompanying her husband, Cong. Eileen sealed the long-running talks in the political circle that Buhain will reconsider his planned political bid and the seemingly developing differences among the Ermitas will ultimately be settled.

“I know Eric well that having been exposed to legislative works and to the needs of the first district, I know he has good programs of his own for our constituents,” the lady solon said. “I also know that he is the best person who could continue our programs and projects that we have instituted for the past nine years and on the earlier three (3) terms) we served for the benefit of our district,” she added.

Eric Buhain is said to have a face-off with Congresswoman Eileen’s sister Lisa whom the Ermita patriarch, former Executive Secretary Eduardo Ermita, has personally picked up to retain the political hold of the “Ermitas” in western Batangas.

The Ermitas started its hold of the first district in 1992 when then retired general Eduardo R. Ermita won over Conrado V. Apacible of Nasugbu the congressional seat which he occupied until he completed the three term limit in 2001.

Incumbent Congresswoman Eileen succeeded him in 2001 and served the next three consecutive terms.

In 2010, the Ermitas lost again to the Apacibles, when former Bureau of Customs Commissioner Tomas V. Apacible defeated the returning former Congressman Eduardo. However, the clan regained the support of the first district when the lady solon made a comeback in 2013 and retained such people’s support up to present.| – BNN