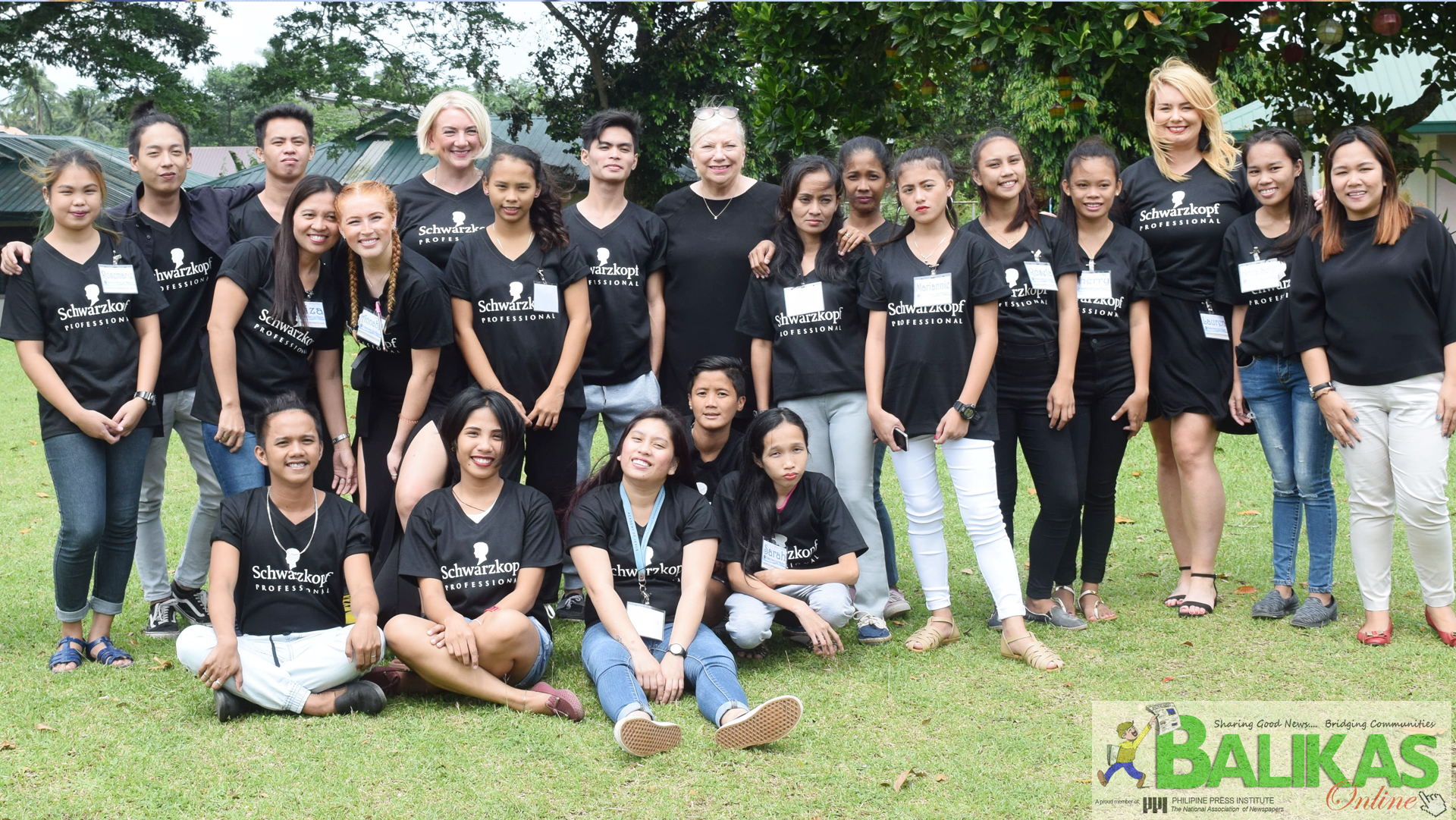 Started in 2008 as a local Japanese project with Cambodian street children, Shaping Futures evolved into a global initiative in 2010 when Schwarzkopf Professional partnered with SOS Children’s Villages around the globe.  This year,ten volunteer hairdressers from Europe participated as trainers.

For six weeks, 18 youngsters from SOS Children’s Villages in Lipa, Bataan, Manila, Cebu, Iloilo and Tacloban were trained at the SOS National Training Center located in Brgy. San Carlos, Lipa City.  Schwarzkopf also gave the trainees hair styling tools and products to equip them well at the training and as a start-up hairdresser.

Shaping Futures was also given support by David Charlton of David’s Salon who promised to hire their graduates.  Some Filipino designers, models and make-up artists also showed their support to the project by giving their time, skills and resources to make the graduation more festive.  Malick James Hillado, a make-up artist based in Lipa for instance, organized and directed a full fashion show.

The fashion show highlighted the hair creations of the trainee graduates through volunteer models while Filipino designers like Santa Emmanuele, Michaela Michelle, Cherry Talaoc, Omar Perez, Adam Balasa and RL Lazaro complemented the hair style with their own creations.

According to SOS Children’s Village National Director Gemma Goliat, the volunteers and all the sponsors for Shaping Futures are definitely going to make a change in the lives of the youngsters that they touched. “From the training to the fashion show, you (pertaining to sponsors) have given them hope and tools to make their lives better”, Ms. Goliat continued.|ADVT.