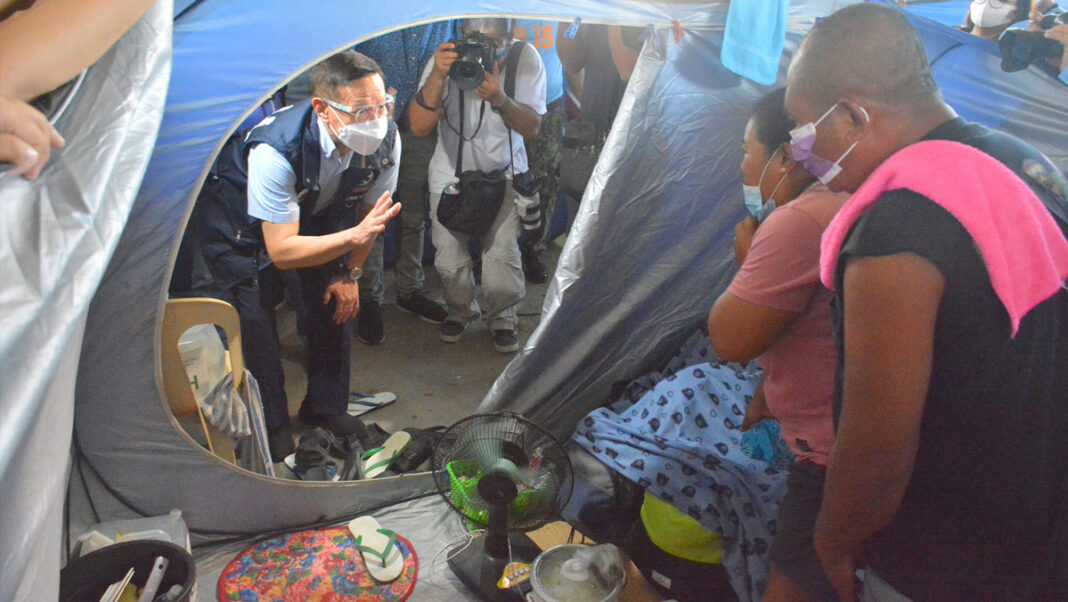 Said victim was traced to the evacuees who were tested using antigen testing kits but was never confirmed using RT-PCR test as she was already in isolation, although contact tracing has been done to all her contacts and all of them turn negative in antigen test.

Meanwhile, Dr. Richard Landicho, Municipal Health Officer of Agoncillo also confirmed that the new CoVid-19 positive was the same person who was vaccinated by Health secretary Francisco Duque III during the roll-out of vaccination at the evacuation center last July 5.

Over the weekend, Agoncillo has a total of 4,739 individuals in the government-run evacuation centers, and 8,593 others taking shelters with their relatives. The Philippine Institute of Volcanology and Seismology (Phivolcs) asked the residents of the high risk areas of Banyaga and Bilibinwang to remain in evacuation as the alert level of Taal Volcano remains at Level 3.

At the meeting of the Provincial IATF Monday, Governor Hermilando I. Mandanas wants that only those in evacuation areas be tested, or be prioritized to encourage those remaining in their homes to move to the evacuation centers. But Mayor Daniel Reyes said that the Rural Health Unit of Agoncillo will continuously do CoVid-19 Antigen Test to all evacuees to prevent the spread of the virus and assure the safety of their residents.|- BNN