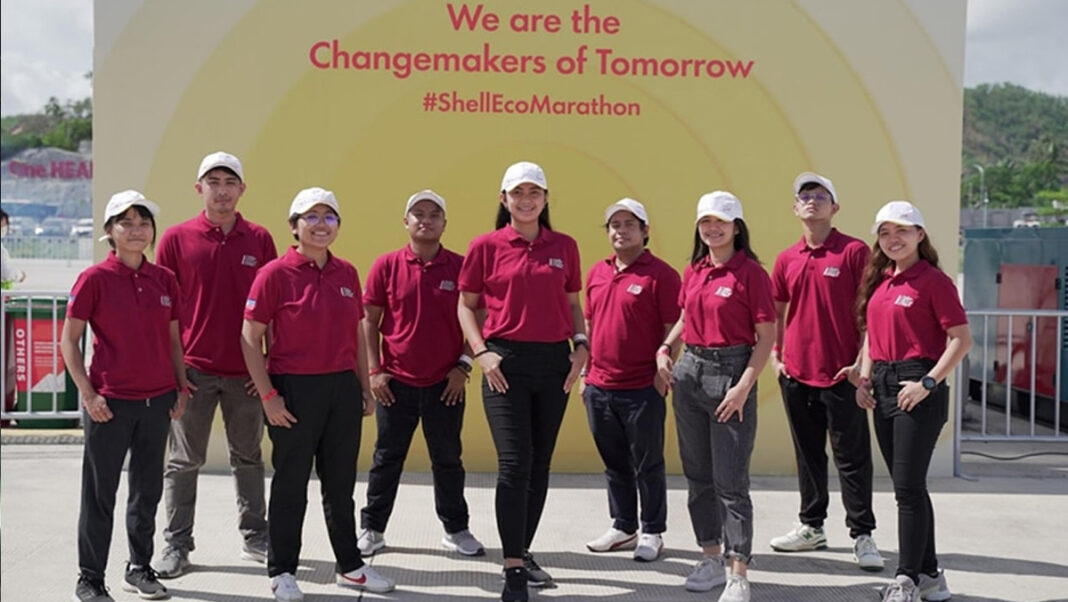 TWO Philippine university teams were among more than 40 student groups from nine countries who made it to this year’s Shell Eco-Marathon (SEM) at the Pertamina Mandalika International Street Circuit in Lombok, Indonesia.

The annual SEM, which returns to the track for the first time since the pandemic, tasks its participants, who mostly come from Asia-Pacific and the Middle East, to design, build, and operate energy-efficient cars that can meet rising energy needs while lowering carbon emissions.

Representing the Philippines, the De La Salle University (DLSU) Eco Car Team and the Polytechnic University of the Philippines (PUP) Hygears put their vehicles to the test on the circuit. Their cars have to pass a detailed technical inspection before being allowed on the track to see how far they can go on the least amount of fuel.

DLSU Team Manager Nicole Rupisan sees her participation in SEM as a way to “collaborate with other like-minded people – and we just want to change the world in our own little ways.”

PUP Hygears Team Manager Nicole Tugay, who leads an all-female team, acknowledges that a lot of people doubted that they could join SEM, but all that criticism motivated them to become stronger. “We want to show them that we’re more than ‘just women.’ We can do great things as well.”

Spurred by the lack of electric vehicles in the Philippines, Rupisan says that she and her team “want to show people that it’s possible to optimize our resources. We don’t have to source for something new, but we can always engineer what we have to the best of our abilities.”

As for Tugay, “battery electric is part of the future we need to look forward to, and we want to be part of that transformation.” The PUP Hygears car, Luna 3, competes under the Urban Concept – Battery Electric category.

She joined SEM because “I want to explore more in my field, industrial engineering. SEM helps me learn a lot, not only technically but also in managerial things.”

Rupisan calls her participation in SEM, “a fulfilled dream to combine both the automotive industry and sustainable technology – and it’s a great outlet for an engineering student.”

The SEM also features a discussion on the future of mobility, a workshop on the social investment program called “Shell NXplorers”, and the “Think Efficiency” competition which is initiated by Shell Indonesia to promote innovation in energy.

For more information about the SEM, as well as joining the 2023 event, visit the official website at: https://www.makethefuture.shell/en-gb/shell-eco-marathon/2023-programme-on-track